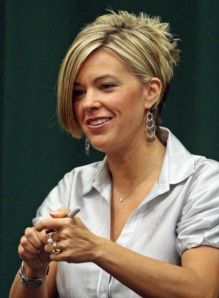 Amidst groans across America, TLC has recently announced that they are following through with two new series starring Kate Gosselin. The current Dancing with the Stars dancer and tabloid cover girl will star in a new reality series this fall on TLC. The network also has announced they will air new “Plus 8” specials that feature her and her eight children after her divorce from her ex-husband Jon.

While Jon & Kate Plus Eight hit ratings highs during the final season of the series, numerous support groups claim that the children are being put under too much pressure from the series and feel that child labor laws have been broken. Many Americans also feel that both Gosselin’s have run their fifteen minutes of fame into the ground. Nonetheless, TLC is backing Kate in these new ventures.

Expect both the new series and specials to start filming after Kate’s departure from Dancing with the Stars with airdates for both being to be determined.